Home
Saif audit
‘Recovery of cost’ under VAT-How to make?

Taxability of ‘recharges’, typically applicability of VAT is a subject matter of debate and interpretation across the VAT jurisdictions. The term ‘recharge’ also commonly known as ‘recovery of cost’ is generally not defined in the legal statues but has gained significant importance from a VAT determination viewpoint, purely because it is not clear whether a recharge in itself involves any supply of goods or services attracting VAT.

A recharge happens when there are three entities involved. For example, Entity B incurs costs charged by Entity A which are then recharged by Entity B to Entity C. In each of the supplies, the VAT treatment could potentially change, depending on nature of the transaction, the relationship between the entities and whether a recharge is at cost or with a mark-up.

The challenge in determining the VAT liability for recharges are multi-fold.

First, it needs to be determined whether the costs that are recharged were incurred for customer’s direct benefit or were they, in fact, consumed by the supplier and later recharged to the customer.

Second, it needs to be determined whether the recharge in itself constitutes an independent supply or is it ancillary to the principal / main supply. Also, it is equally important to ascertain whether the person reimbursing the amount is acting in the capacity of an agent (i.e. recovering payment made on behalf of another person) or recovering the expenses incurred as a principal.

For the first part, where the recharge is typically a mere pass-through of the costs, without any direct benefit derived by the supplier, no VAT should apply. This is colloquially referred to as ‘Disbursements’. The UAE VAT legislation is silent on the VAT treatment of disbursements and reimbursements, however recently a public clarification (VATP013) is issued by the Federal Tax Authority (FTA) which clarifies the tax treatment along with conditions to regard a transaction as a disbursement.

The challenge is to distinguish between a ‘disbursement’ and a ‘reimbursement’ the latter is a situation where goods and services are consumed by the supplier and later recharged to the customer, generally subject to VAT. The tax treatment for reimbursement would typically follow the tax treatment applied to the main (principal) supply.

Some guidance available in the EU or Saudi Arabia VAT legislation suggests that disbursements are not subject to VAT typically where the supplier has incurred costs on behalf of the customer and as its agent. Some other tests which have generally been looked upon by the Courts include ensuring the customer received or had the benefit of the goods or services that were paid by the supplier albeit was customer’s responsibility, the customer was aware of the actual supplier of goods or services, there is no mark-up and the recharge is in addition to the cost of goods/services supplied by the him.

Due care should be taken by the taxpayers to ensure the legal contracts, and related documentation is adequately kept supporting the VAT treatment.

As an illustration, an event manager conducts roadshows in the US on behalf of a UAE based property developer and incurs expenses on hotels, hiring artists, brochures etc. The question arises whether the recharge of costs is an independent supplier of facilitation services and therefore, subject to VAT at 5 percent. Or, should the recharge of some expenses typically relating to hotels and another real estate (located outside UAE) be treated as independent supplies not subject to VAT because the underlying supply was out of scope?

Similarly, whether the entity that books air tickets on behalf of another group entity (outside the VAT group) and recharges the cost, should charge VAT at 5 percent (as an independent supply of facilitating the bookings) or 0 percent (ancillary to the underlying zero-rated principal supply of air travel).

In the real estate sector, sale of bare land is exempt from VAT. Companies selling land to developers sometimes, also recover land-related charges. These charges are typically a fee to allow the developers permission to build extra floor space than the permitted limit. These charges are either paid by the landowner to the Dubai Land Department (DLD) and later recharged to the developer, or it could be charged as a separate fee.

Whether the recharge of the fee paid to the DLD becomes an independent supply subject to VAT at 5 percent or is it an ancillary supply forming part of the VAT exempt principal supply of bare land. Whether VAT is charged by the DLD on its fee will not affect the VAT treatment of its recharge.

Some rulings in the EU have outlined the principles to determine the VAT treatment in such cases. If the landowner can terminate the land sale contract where the DLD charges are not paid by the developer, there is a possibility to argue such charges are not independent of the principal supply, rather these should be considered as a single supply.

It is also important that the recharges are recorded appropriately in the books of accounts. Recharges could be recorded differently by different businesses i.e., either forming part of the ‘P&L account’ (‘expense/income’) or part of the ‘Balance Sheet’ as a current asset (‘recoverable expense’). Often recharges are recorded as a reduction from the related expense instead of a Balance Sheet item. This could potentially lead to the finance teams missing out on their VAT treatment since these won’t form part of the revenue line-items.

The relationship between the supplier and the recipient also affects how VAT is to be applied on recharges. Any recharge by the Head Office to its branch (either overseas or in the UAE) is out of scope on the basis that HO and branch represent a single legal person. Further, recharges by entities within the same VAT group would also be outside the scope.

As per the recent Public Clarification in order to qualify a transaction as disbursement one of the conditions which needs to be fulfilled is that the cost invoice should be in the name of the customer on whose behalf payment is made by the taxable person to the supplier.

While the majority of the businesses in UAE may have taken a position by referring to the UK or Saudi VAT Laws, same would require a re-evaluation considering whether the specific conditions mentioned in the Public Clarification is fulfilled for the transactions undertaken until now. Also, businesses may evaluate whether the position of treating the transaction as reimbursement would be beneficial (assuming customer would be in a position to claim input tax), rather than taking a position of disbursement (in cases where conditions laid down is difficult to fulfill) in cases where the cost is subject to VAT.

Tax Audit in UAE(Opens in a new browser tab)

VAT Updates on Business Transfers(Opens in a new browser tab) 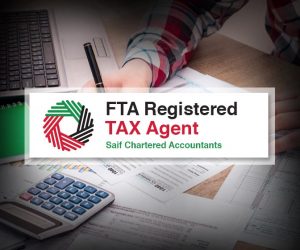